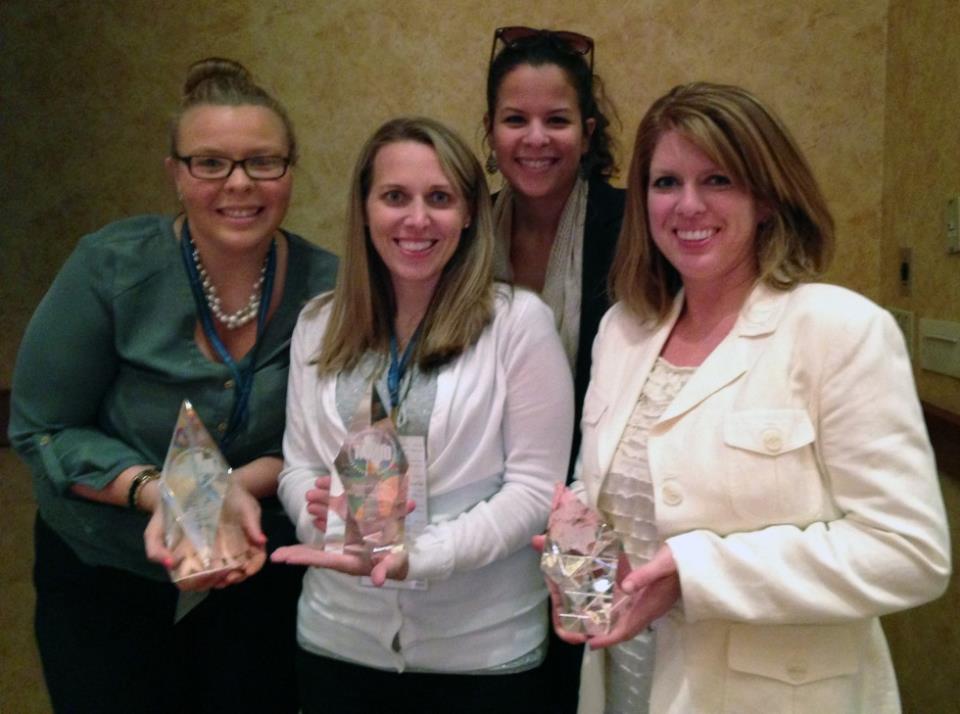 The City of Carrollton Marketing Services department earned three awards, one first place, one second, and one third, from the Texas Association of Municipal Information Officers (TAMIO).

The extensive promotional work completed for Carrollton’s Centennial in 2013 resulted in recognition and awards in two categories. The team took home the first place TAMI Award for Best Marketing Plan or Campaign in a city over 100,000, and snagged an Award of Honor for the category of Special Events—One Time, for the Centennial Gala event.

Carrollton also earned an Award of Excellence in the Best Use of Social Media category for its work on the promotion and exposure of Carrollton’s Animal Services department. The creative efforts through Facebook, Twitter, and Nextdoor with photos, videos, and announcements resulted in increased adoption rates for the area.

“The TAMI awards not only recognize the City of Carrollton’s Marketing Department as one of the best in Texas, but they also serve to recognize the staff’s high priority placed on engaging our citizens to increase involvement, responsiveness, and investment in our City,” said Marketing Director Kelli Lewis.

This year’s awards were presented at the annual TAMIO conference held June 18-20 in Richardson. TAMIO saw a record number of entries this year with more than 300 submissions. For a complete list of 2014 TAMI award winners, visit texastamio.org.

The TAMI Awards program serves as a professional highpoint for the municipal communications work in Texas. In addition to the peer recognition fostered by the TAMI Awards, the process allows all participating members to learn more about what best practices are at work in Texas. This promotes the “harvesting” of good ideas that help members to improve their own work process and product, and in doing so, promote the profession both inside and outside of local government.
Return to full list >>
View Full Site