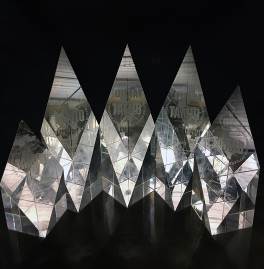 The City of Carrollton Marketing Services department won five awards from the Texas Association of Municipal Information Officers (TAMIO) for its extensive communication and promotional work.

The creative design for the 2016 Festival at the Switchyard poster resulted in a first place TAMI win. This is the City’s third year in a row to win first place in the Best Flyer/Poster category.

Carrollton brought home two more first place trophies for the second annual Pet Photo Calendar and the Festival at the Switchyard special event. The calendar, a community-wide effort that brings pet lovers together in support of the animals in Carrollton’s Animal Services & Adoption Center, won in the category of Most Creative with Least Dollars. The participation from local animal enthusiasts as well as community partnerships allowed for Carrollton to stand out among the nominees. The effort not only raised money for a good cause, but production costs were virtually non-existent, thus saving tax-payer money. The 7th Annual Carrollton Festival at the Switchyard event featuring headliner Barenaked Ladies impressed the judges with its various offerings such as free rides and games, free concerts, free children’s entertainment, and numerous food and craft vendors.

A social media contest to win a custom-wrapped guitar signed by the 2016 Festival at the Switchyard headliners Barenaked Ladies and Shinyribs resulted in an Award of Excellence for Best Use of a Promotional Item.

Carrollton also brought home an Award of Honor for Best Internal Communications after producing a video montage of projects the City’s various boards and commissions have successfully completed. The video serves as a recruitment and retention tool for current and future members.

All projects submitted for awards are produced through an interdepartmental partnership. The joint efforts from the City continue to be recognized for their far reaching qualities and attributes. From public service and education to amenities and events, all departments within the City of Carrollton work hard to provide programs benefitting our residents.

“The TAMI awards not only recognize the City of Carrollton’s Marketing Department as one of the best in Texas, but they also serve to recognize the staff’s high priority placed on engaging our citizens to increase involvement, responsiveness, and investment in our City,” said Marketing Director Kelli Lewis.

The TAMI Awards program serves as a professional highpoint for municipal communications work in Texas. In addition to the peer recognition fostered by the TAMI Awards, the process allows all participating members to learn more about what best practices and innovative communication tools are being used across the state.

This year’s awards were presented at the annual TAMIO conference held June 7-9 in Lakeway. For a complete list of City accolades, visit cityofcarrollton.com/awards-accolades.