The Texas Commission on Environmental Quality (TCEQ) awarded the City of Carrollton Public Works Department a certificate of appreciation during the annual Public Drinking Water Conference Tuesday, August 7 in Austin, for relief efforts after Hurricane Harvey hit the Texas Coast on August 25, 2017.

Carrollton Public Works and Denton Public Works teamed together to drive more than 450 miles to help the cities of Refugio, Lake Jackson, and Brazoria. In Refugio, the workers assessed the water system for low pressure and repaired leaks. In Lake Jackson, blocked sewer mains and a drainage channel were cleared. In Brazoria, floodwater was removed and service restored to the wastewater treatment plant.

“I’m proud of the public works first responders from Carrollton and Denton who traveled a long distance and worked in extreme conditions with little rest to restore water and sewer service, which are critical after a natural disaster like Hurricane Harvey,” said Carrollton Public Works Director John Crawford.

TCEQ stated that the City of Carrollton and nine other cities in the state mobilized their own resources to assist affected communities in bringing systems back online.

“If neighbors hadn’t helped their neighbors the way they did during Hurricane Harvey, Texas would not have survived this disaster as well as we did,” said TECQ Commissioner Jon Niermann. 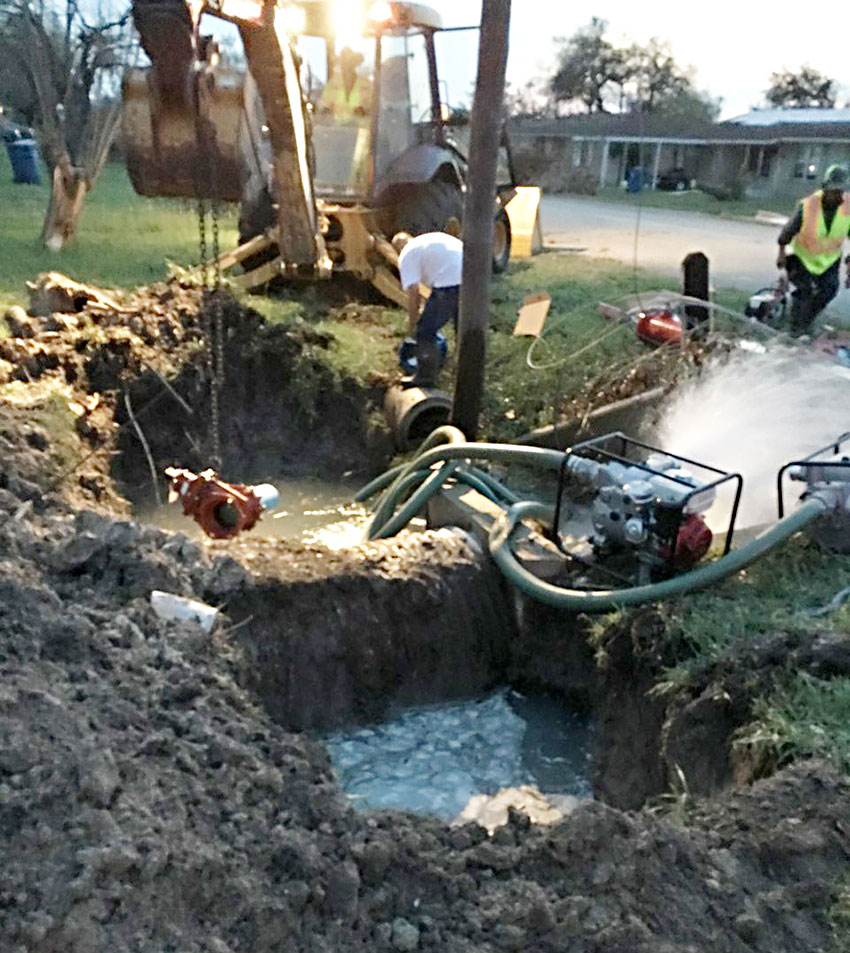