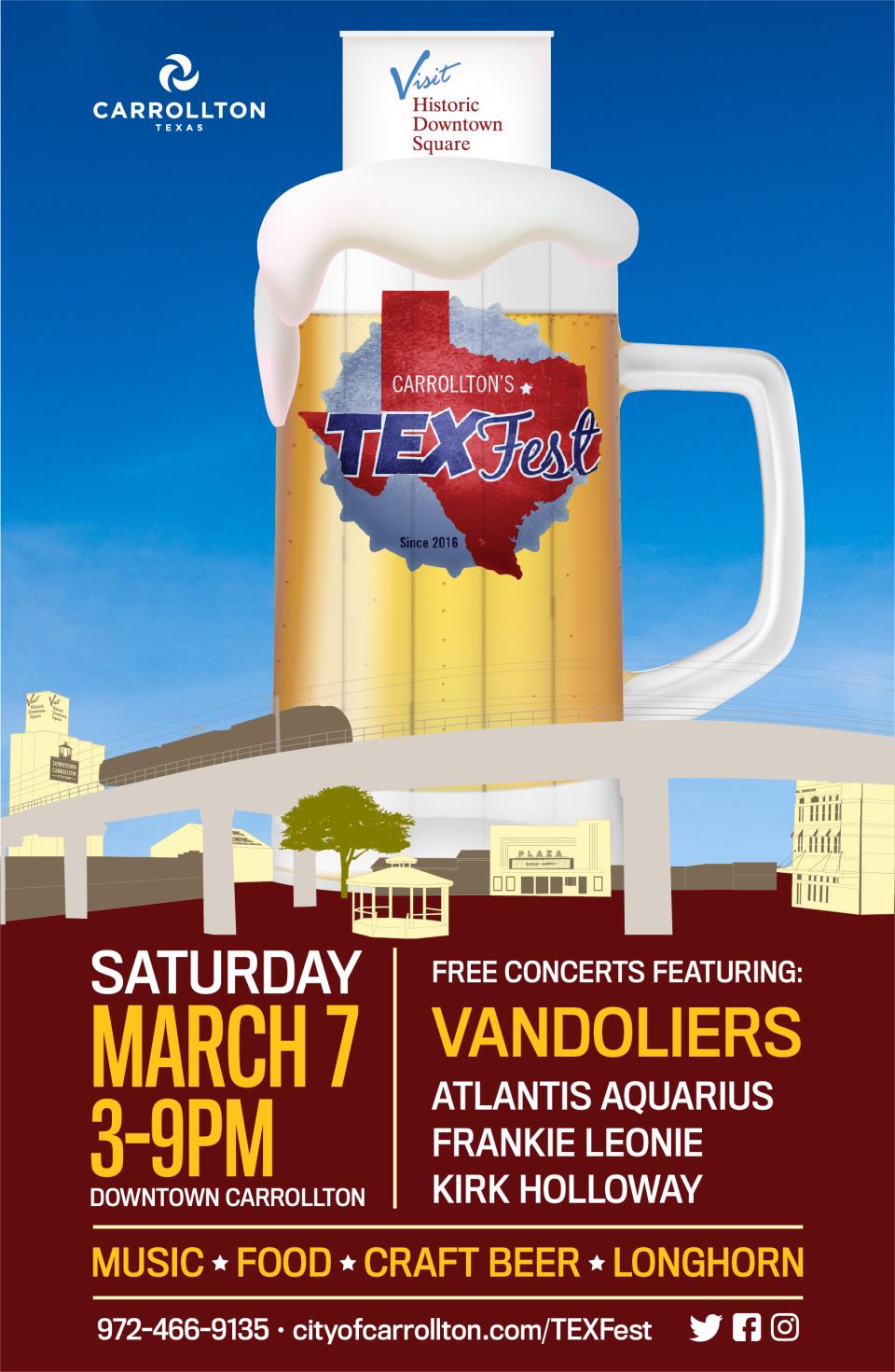 Slip on your cowboy boots and get ready to have a Texas-sized good time at TEXFest, a free celebration of Texas Independence Day, featuring craft beer, good food, and local artists performing Texas music.

Dallas-based country artist Kirk Holloway, singer-songwriter Frankie Leonie, and southern rock band Atlantis Aquarius will warm up the crowd before headliner Vandoliers takes the stage at 8 p.m. The DFW-based alt-country group will bring their punk roots and rough-edged spin on Texas music, playing songs like “Troublemaker,” “Miles and Miles,” and “Sixteen Years” from their third album Forever, which was released last year.

Guests will also have a chance to take a ride on a mechanical bull and capture the moment by taking a photo in western wear or with a live longhorn.

Sponsorship opportunities are still available for the event, which has drawn thousands to Historic Downtown Carrollton over the past four years.

For more information on the event, including details about the various sponsorship packages available, the full entertainment lineup with set times, and a complete list of participating breweries, visit cityofcarrollton.com/texfest. 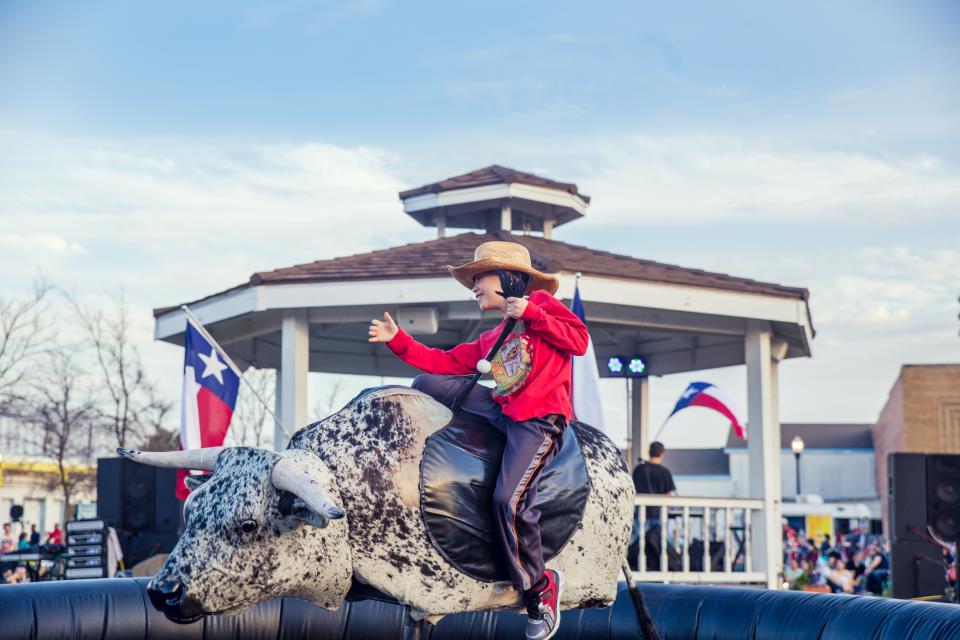