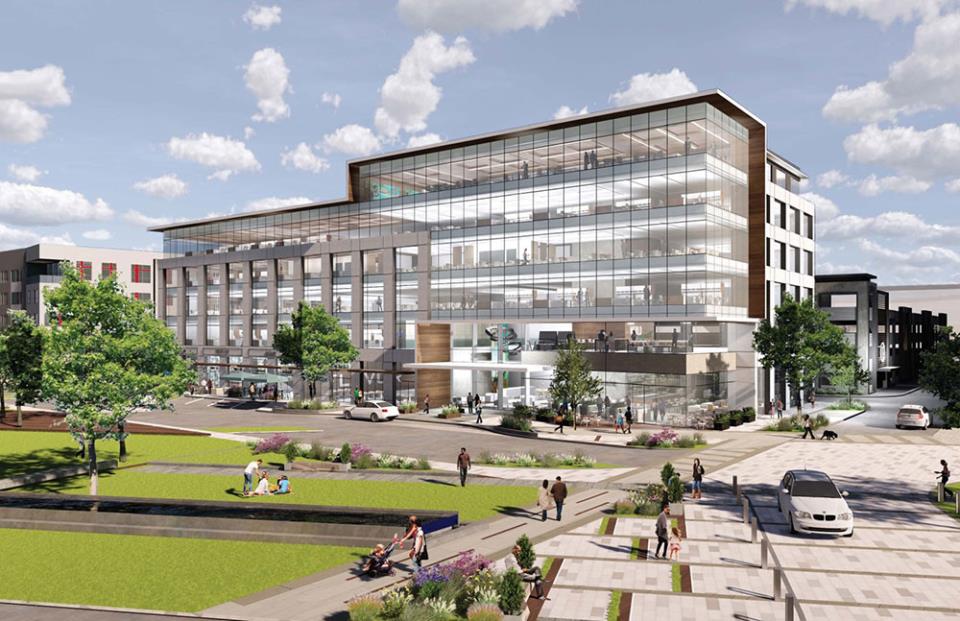 Carrollton City Council unanimously approved an agreement for a 125,000-square foot, six-story Class A office structure to serve as the marquee building within the new Trinity Mills Station urban development.

The City of Carrollton, Dallas Area Rapid Transit (DART), The Integral Group, and Koa Partners signed a Master Development Agreement (MDA) for the entire Trinity Mills Station urban development on March 1, but Council’s approval at the Tuesday, April 7 meeting means planning for the first of two major office buildings for the area is set to move forward.

The City and DART collectively own 26 contiguous acres of land that will comprise Trinity Mills Station, a future transit center district, located at the southeast quadrant of the President George Bush Turnpike and IH-35E interchange. It is the largest publicly owned transit-oriented development site in North Texas and the most connected, since Trinity Mills Station is served by the DART Green Line light rail service to Dallas and the Denton County Transportation Authority (DCTA) A-Train commuter service to Denton.

“This is a monumental milestone for the entire development team on all sides,” Carrollton Urban Development Director Ravi Shah said. “The Trinity Mills Station MDA is the culmination of negotiations over the last two years and the start of a transformation in this area from an inner-ring suburb to a vibrant hub for economic and social activity, with increased shopping and dining, hospitality and recreation venues, and business opportunities.” 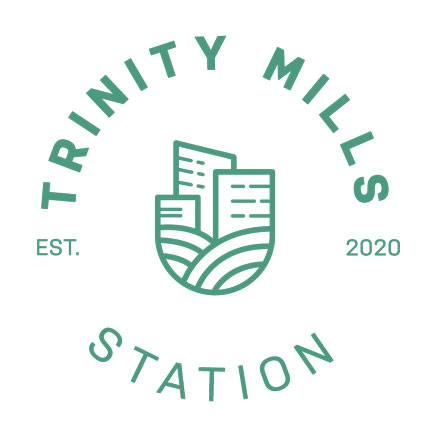 The City and DART have expressed their vision for the project as an active mixed-use development including office buildings, a hotel, restaurants, retail, residential uses and large outdoor grass gathering places for concerts, picnics, exercising, and other events that would create activity day and night every day of the year.

“I believe the Trinity Mills Station development will be one of the most impactful projects in Carrollton in recent history.” Carrollton Mayor Kevin Falconer said. “In view of the previous projects in our surrounding cities in years past, the City of Carrollton is in for an economic boost that will reclaim the area surrounding the old Home Depot property and infuse the neighborhood with a modern, streamlined aesthetic similar to Legacy Town Center.”

Phase I features not only the six-story, 125,000 square-foot Class A office building that includes a four-story structured parking with five hundred parking spaces and 10,000 square feet of retail space, but also a five-story mixed-use residential development that also features structured parking, an esplanade, public infrastructure, and public green space. Commercial real estate company JLL (Jones Lang LaSalle Incorporated) has been retained to serve as the exclusive leasing partner for the office portion of the project with Executive Vice President Chris Doggett and Vice President Lauren Perry leading the marketing and leasing efforts. Construction is scheduled to begin in July 2021.

Integral, an Atlanta-based master developer led by managing principal, Art Lomenick, has partnered with Koa Partners, a Dallas-based office developer led by CEO, Harry Lake, to achieve the vision of redeveloping the new Trinity Mills Station into a place to live, work, and play by transforming former parking lots and other commercial and acquired land by the City into an urban village that will spur further investment around the Trinity Mills DART station and the Broadway corridor to Downtown Carrollton.

Lomenick has directed the initial redevelopment of numerous uptown and midtown communities throughout the U.S., beginning with involvement in the evolution of Dallas’ very own Uptown — transforming it into a thriving urban district of shops, residences, offices, and engaging public spaces. He also orchestrated the business planning and development of Addison Circle and Legacy Town Center, two master-planned, new urbanist communities crafted in cooperation with the Town of Addison and City of Plano. 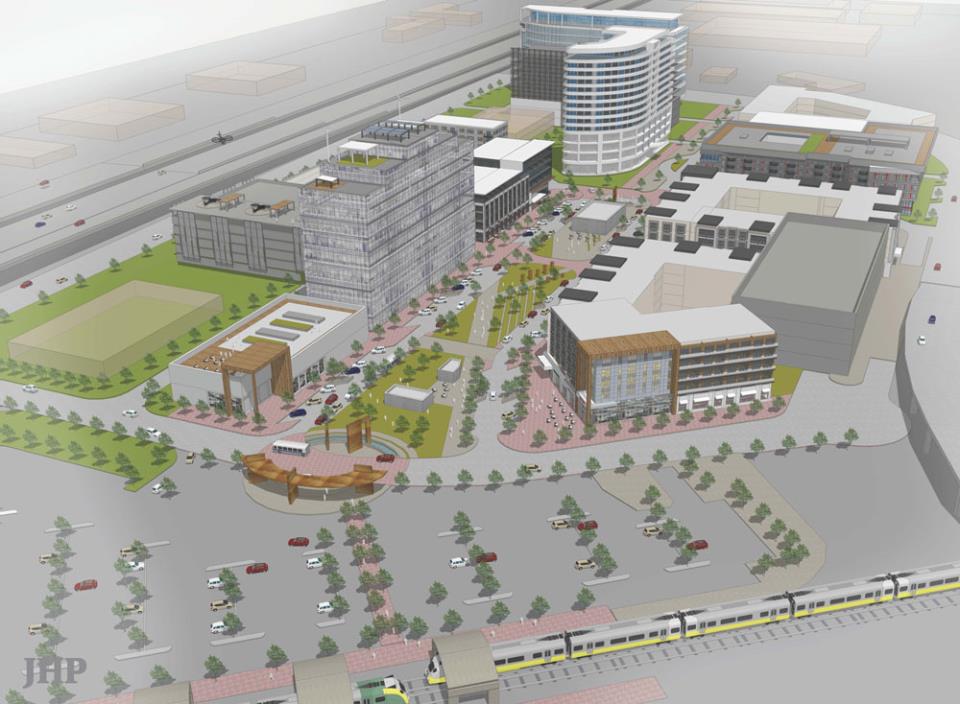 “Partnership and vision building are key to sparking successful catalytic developments like the proposed Trinity Mills Station,” Lomenick said. “The plan is to bring in people that are passionate about the project and turn an area like this into a prime spot for corporate relocations and civic growth.”

Due to its location at PGBT and IH-35E, this premier redevelopment area has high visibility and the potential to capture not only the east-west traffic from PGBT, but also north-south commuters from IH-35E. Highway and rail connections to Dallas Love Field and DFW International Airports can be made within 20 minutes.

“The long-term benefits of developing communities and activity centers near rail stations is one that extends across the nation,” DART President/Executive Director Gary C. Thomas, said. “Connectivity and multi-modal access are increasingly important in a Texas that is rapidly urbanizing – this is especially true in the Dallas/Ft. Worth region. The City of Carrollton’s commitment to multimodal transportation options, and an urban landscape that reflects the importance of those options, will be fully realized with Trinity Mills Station.”

Falconer said he is very excited about this partnership and the vision set in place by the City, DART, and Integral. He said Trinity Mills Station was a Council priority from the Strategic Planning session in the summer of 2017 and, arguably, one of the most thrilling projects to come into fruition.

“Carrollton’s transportation infrastructure is one of its greatest strengths,” Falconer said. “Trinity Mills Station will be a tremendous catalyst for growth for all three of Carrollton’s DART light rail stations, as we continue to create a City that more families and businesses want to call home.”