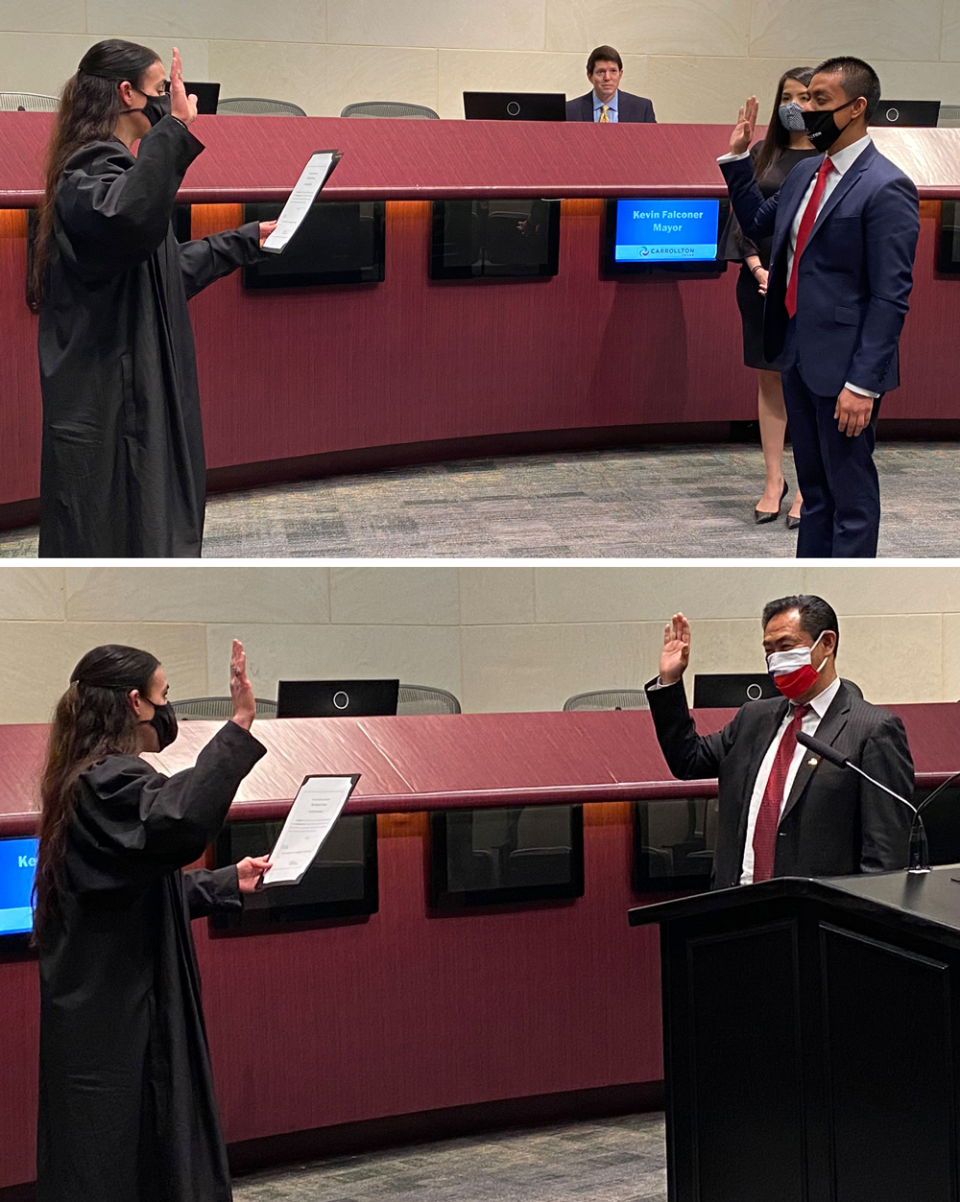 Two of the four Carrollton City Council seats scheduled for this year’s election were sworn in during the Tuesday, May 12 meeting at City Hall.

Current Mayor Pro Tem Young Sung was sworn in for a second term to Place 6 and Andrew Palacios was sworn in for Place 4, filling the seat currently held by Deputy Mayor Pro Tem Frances Cruz who did not seek reelection. Both candidates ran unopposed and began serving at last night’s Council meeting. The two remaining Council seats with contested races will be decided on the November ballot.

Mayor Kevin Falconer is seeking reelection against challenger Zul Mohamed. Falconer will stay in place as Mayor until he is reelected for another term or Mohamed takes his oath of office, following the November election.

The candidates for Place 2 are Chris Axberg and Adam Polter. As this is a contested race, current Councilmember Mike Hennefer who is not seeking a second term, will continue serving in Place 2 until the November election.

Amid coronavirus concerns, the state required local governments in March to postpone contested elections until November and swear-in uncontested candidates in May. 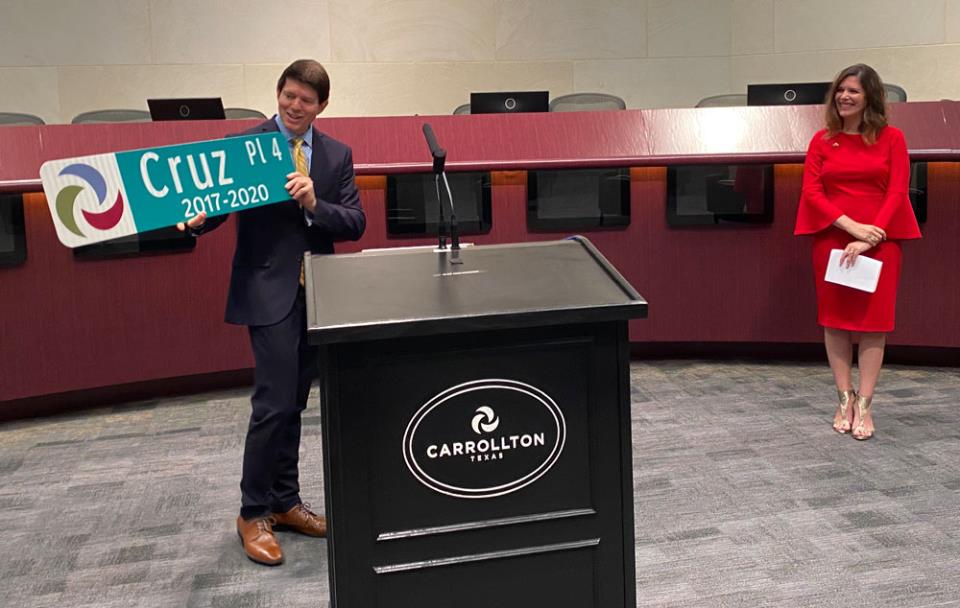 The postponement does not have the effect of reopening candidate filings. Any candidate who filed for the May 2 election will remain valid, and the filing period will not be reopened for the new November 3 date. All records, including candidate filings, applications to vote by mail, ballot proofs, and printed ballots will be retained and preserved.


Senator Cornyn shared a special message with the Councilmembers sworn in tonight.