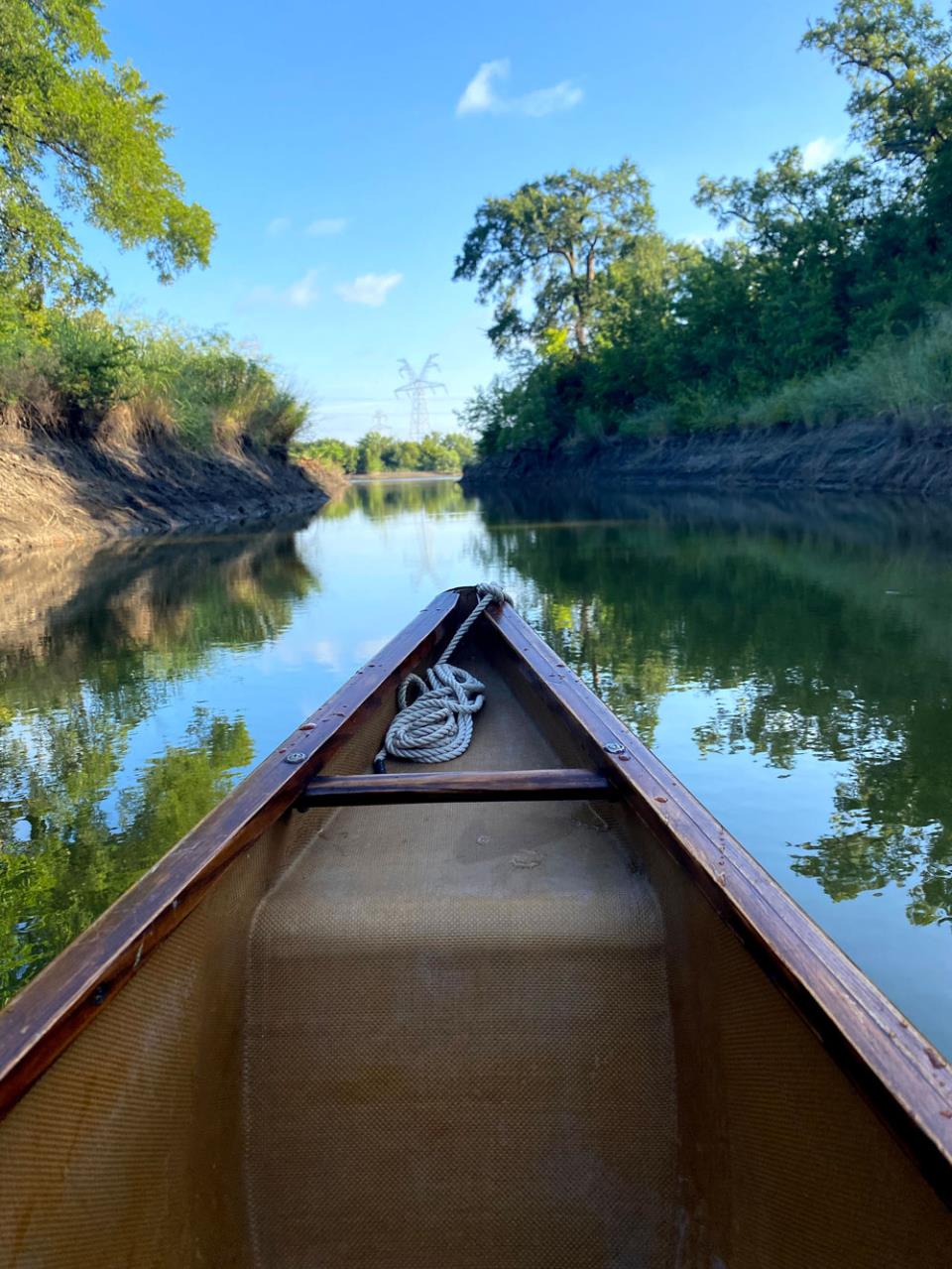 The City of Carrollton is home to the Trinity River Paddling Trail, designated on Thursday, October 22 by the U.S. Secretary of the Interior as a new National Recreation Trail and National Waterway thanks to the efforts of the Trinity River Coalition.

“The City of Carrollton is excited about this designation by the National Parks Service,” Parks & Recreation Director Scott Whitaker said. “The City has more than 26 miles of hike and bike trails and an extensive Trails Master Plan focused on strategically identifying and developing a current and future network of multi-use trails to improve non-motorized mobility for both work-related and recreational purposes.”

There’s never been a better time to explore Carrollton’s growing trail system, according to Whitaker. This paddling trail will be listed on the National Parks website, and visitors coming to the DFW area will be made aware of yet another high-quality outdoor activity to experience in the Carrollton area.

“The ultimate goal is to extend the paddling trail the entire length of the Trinity River,” Parks Manager Kim Bybee said. “Having the trail officially named a National Recreation Trail and National Waterway is a welcome addition to meeting the growing demand for nature-related recreation and eco-sensitive development in Carrollton and the Dallas-Fort Worth Metroplex.”

The trail currently encompasses 130 miles. It begins in the middle of the DFW Metroplex, the fourth largest metropolitan area in the United States, according to the 2010 Census figures, and provides 7.5 million people with a water supply for domestic, industrial, and agricultural use. Downstream, another 6 million people, including the city of Houston, are directly impacted by the actions of the upstream users. The entire length of the Trinity River covers 710 miles of waterway from Fort Worth to Galveston Bay and the Gulf of Mexico.

The Texas-sized paddling trail traverses peaceful countryside and the bustle of world-class cities, spanning nine cities and three counties with a current total of 21 official launch sites along its length including two in Carrollton at McInnish Park Sports Complex (on Sandy Lake Road on the northeast corner of the park) and Elm Park (1190-1198 Elm Park Drive), and sites in Arlington, Dallas, Fort Worth, Irving, and Lewisville with more planned. The launch sites allow access to three major tributaries, the Clear Fork, West Fork, and Elm Fork, as well as 40 miles of the main stem of the Trinity River.

The Trinity Coalition is increasing access by providing countless recreation and educational opportunities and fostering stewardship by increasing public awareness regarding the importance of the Trinity River and its associated ecosystems. Currently, there are five learning centers, more than 50 parks and preserves, and many miles of hike/bike trails adjacent to the paddling trail.

According to the Coalition, the North Central Texas Council of Governments (NCTCOG) is leading a planning and development project transforming the Trinity Riverfront into a magnet for recreational leisure activity. The plan includes a 7,303-mile web of interconnected, community-shared bike paths and on-street bike networks connecting the Metroplex.