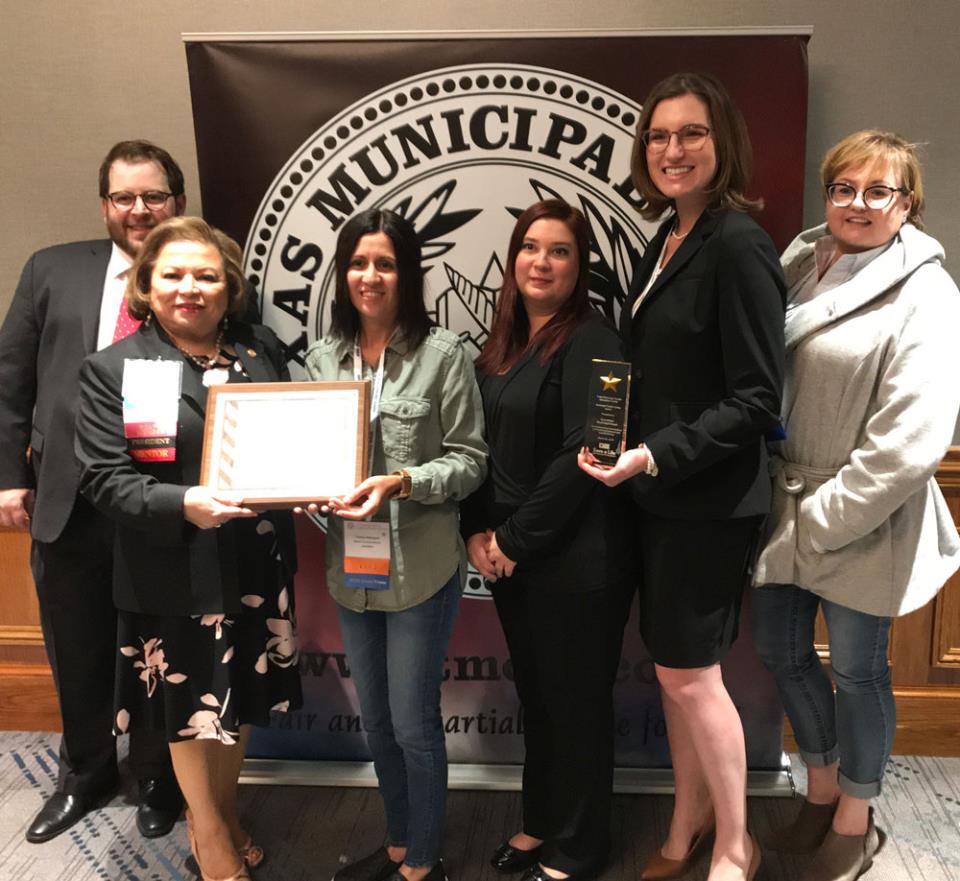 The Texas Municipal Courts Education Center (TMCEC) and the Municipal Traffic Safety Initiatives (MTSI) project annually recognize those municipal courts that have demonstrated excellence in preventing impaired driving and improving traffic safety in their communities. Funded by the Texas Department of Transportation, the award is given based on the increased efforts to minimize impaired driving, traffic crashes, traffic fatalities, juvenile driving under the influence (DUI) of alcohol or drugs, and other impairment-related offenses.

“We are extremely proud to have received this award,” Carrollton Assistant City Attorney Rachael Carrico said. “Impaired driving is the number one charge filed by the Carrollton Police Department, and there has been an alarming increase in the number of DUI arrests of minors in the last three years. The Carrollton Municipal Court is working to change this trend with outreach through education.”

To address the trend, the City formed a Traffic Safety Initiative Team in 2018 to distribute educational materials at various community events. The large amount of free information available from TMCEC, the National Institute on Drug Abuse, and the 2Young2Drink initiative through the Texas Alcohol Beverage Commission (TABC) enabled the team to distribute materials at numerous local venues with a minimum expense to the City.

Additionally, the City began utilizing the Reality Education for Drivers (RED) program for young offenders ages 14-25 and their parents. The RED program is taught by local hospital staff who use research-based tools and a behind-the-scenes tour of a hospital to assist young drivers with driving secure, silent (free from distractions), and sober.

Carrico said the team works tirelessly to increase awareness and believes their efforts will have an impact on the community now and in the future. Receiving the MTSI Award at the 2019 Traffic Safety Conference held March 25-27 in Houston is just one step in an ongoing effort to expand awareness of the effects that drugs and alcohol have on a person’s motor skills and cognitive decision-making ability.