Unofficial Results of 2021 Carrollton General and Charter Elections Come In

The unofficial results for the City of Carrollton 2021 General and Charter Elections, held Saturday, May 1, have been posted.

In the City’s General Election, current Mayor Pro Tem Steve Babick won the Place 1 seat with 67.5 percent of the votes. Current Deputy Mayor Pro Tem Pat Cochran ran unopposed and was re-elected to the Place 3 seat. Babick and Cochran will be sworn in at the Tuesday, May 11 City Council meeting. 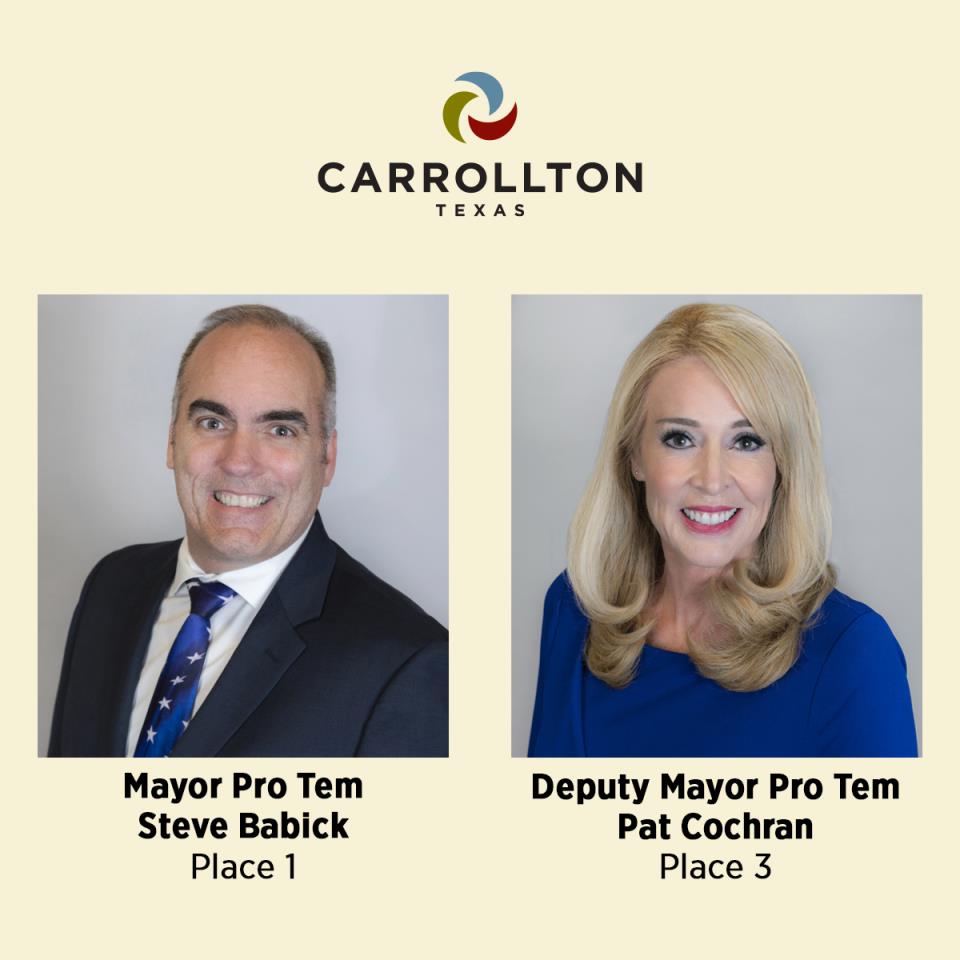 Election results remain unofficial until they are canvassed at the May 11 City Council meeting.

For more information on the 2021 election results or for details regarding the upcoming runoff election, visit cityofcarrollton.com/elections.