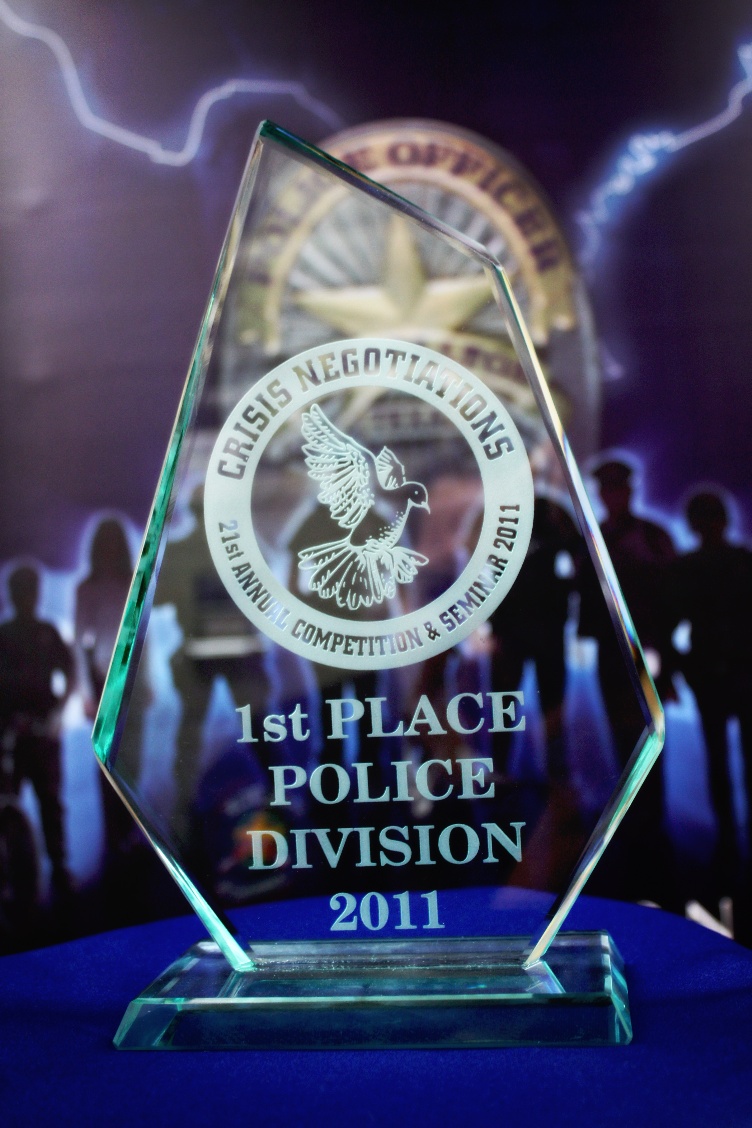 The Carrollton Police Department Crisis Negotiations Team is utilized in conjunction with the SWAT team during critical incidents involving barricaded persons, hostage situations and other events with persons in crisis. Their job involves negotiating with or talking to the subject to try and reach a peaceful resolution.

Each year, the Negotiations team attends a week-long training conference in San Marcos, TX sponsored by the Texas State University Department of Criminal Justice. This training includes a day-long scenario in which the team’s skills and training are tested by having to negotiate with a hostage taker. The team’s performance is judged by a variety of judges from Law Enforcement, Corrections, Universities, and Federal Agencies.

Out of approximately 20 teams that competed from across the United States, the Carrollton Police Department Crisis Negotiations Team placed 1st in the Police Division. Team members were rated high in areas such as team-work and professionalism, which is mirrored by Carrollton Police Chief Rex Redden who said, “This is a very critical area and important to the successful resolution of serious incidents since it always involves human life. It's good to know we have such a well prepared and capable group.”