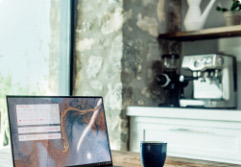 The Festival at the Switchyard honors the critical role the railroad played in putting Carrollton on the map and the continuing importance of rail in Carrollton's present and future.

The event is held on the streets of Downtown Carrollton, situated off IH-35E at Belt Line Road, just steps away from the DART Green Line Downtown Carrollton station. With FREE admission, FREE parking, FREE rides, FREE games, and FREE concerts, the Festival at the Switchyard is a family favorite.


What does a "Switchyard" mean, anyway?

The tracks of three railroad companies intersected just north of what is now the Downtown Carrollton Square. Having three railroads intersect was unique for this part of the country and contributed to Carrollton's early prosperity.