The Holiday Park neighborhood was developed in the early 1960's and is comprised of approximately 390 single-family homes. This neighborhood is located south of Central Elementary School, and is bordered to the east by Josey Lane and to the west by Broadway Street. The southern boundary is Spring Valley Road, which is the boundary between the cities of Farmers Branch and Carrollton. Holiday Park is the southern-most residential neighborhood in Carrollton. 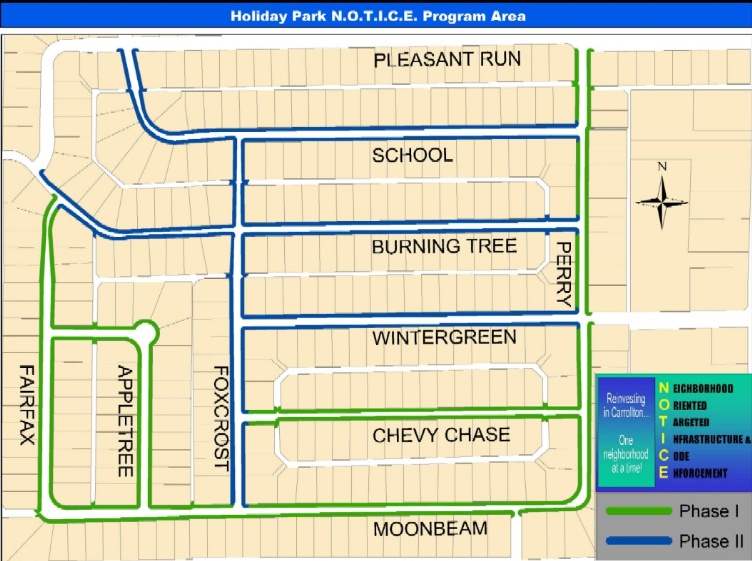 The Holiday Park Neighborhood improvements were completed in two phases. Preceding both phases was the replacement of the sanitary sewer system. All phases included improvements to streets, sidewalks and waterlines.