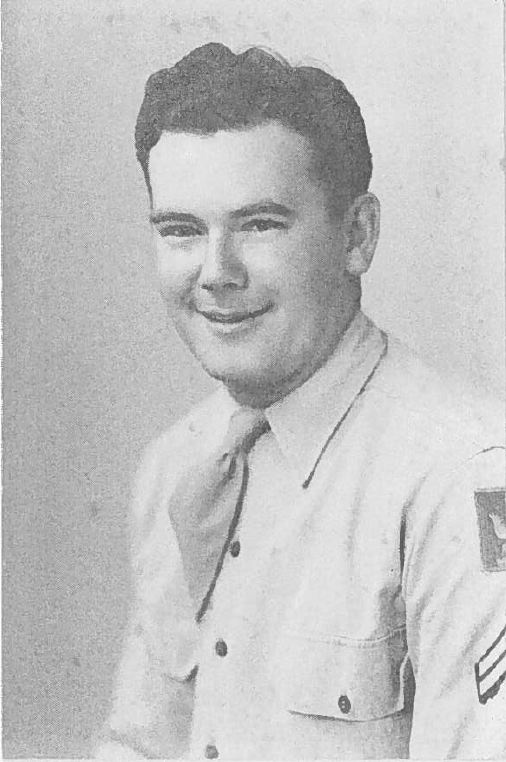 Service History, Stateside or Abroad: I was a student at the University of Texas when I received information that I was to be drafted. I wanted to get into the Air Force, so I volunteered. I spent two months at Ellington Field in Houston, for basic training. Thereafter, I was assigned to Buckley Field near Denver, Colorado. I trained in armament, which involved the maintenance and loading of bombs on bombers and fighter planes.

From Denver, I went to Drew Air Force Base in Tampa, Florida to join a fighter group in training. I went to gunnery school, plus worked on the planes to get them ready for their practice bombing runs. One of the training planes, the A-25, was a two seater, and I went on flights with them whenever I had a chance. Upon completing our training in Tampa, we went to Galveston. After a brief stop we went on to Dalhart Air Force in Dalhart, Texas. There we organized the 507th Fighter Group. Each group had three fighter squadrons. It was here that we had the biggest loss of personnel. The pilots were sent on a combat training flight to Salt Lake City, Utah. Sixteen out of twenty-eight crashed on their way back. The group had to be completely reorganized and start training all over again. Once we were reorganized again, we shipped out in convoy on a merchant ship with 2,600 men on board. 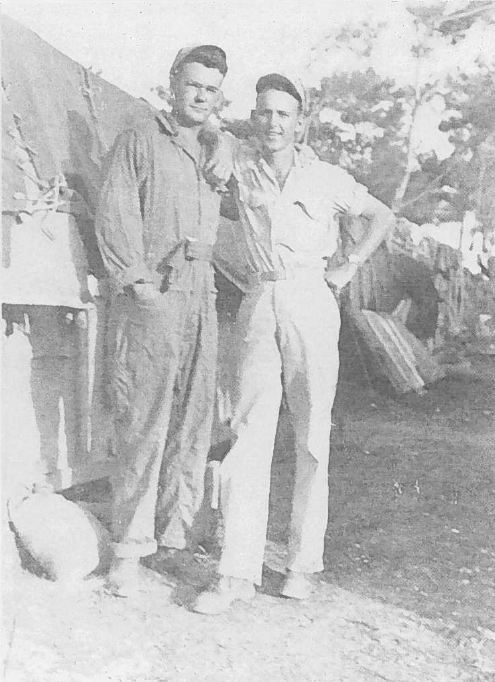 Our group, the 507th Fighter Group, landed on Ii Shima, an island next to Okinawa. Our main purpose was to be a backup squadron. This was the lead P-47 group in the Pacific. They were flying the longest fighter missions, 81/2 hours in the air. We were not trained as soldiers to invade, but when we got there the Japanese were waiting for us. They had us pinned down for three days. The island was still occupied. Some of the planes were shot down before they reached the island. Other planes had been knocked down and brought over by board to be reassembled. As we entered the island, we were cautioned about a poison the Japanese may have sprayed on the trees. We had to be careful not to brush up against them. We were also warned about the possibility of being gassed. Fortunately, we didn't experience either one. We just stayed put until we got our tents put up.

The Americans had set up anti-aircraft guns around the hospital, which was a dumb thing to do it you think about it. The Japanese sent in their Kamikaze planes. These were young, inexperienced pilots who didn't expect to return. What they would do is follow the tracer bullets from our gun emplacements and anti-aircraft guns and crash into them. Some of them would miss the target and crash into the hospital. They finally moved the guns. I got hurt when an anti-air explosion got me. Ruined my ears for life.

Ernie Pyle, the famous war correspondent, was killed in Ii Shima. There was rumor that he may have been hit by friendly fire. They weren't able to find out anything. There were three men in a jeep, and he and the driver were killed. The third man couldn't tell where the shots came from. Pyle's body is now buried at Pearl Harbor. The day the war was over, we received eight brand new P-38s-beautiful airplanes. The orders came to destroy everything on the island. These planes had never been used, and we were ordered to push them over the cliff. This upset me, and I went to the captain. He told me, “son, this is a combat plane. We can't ship a combat plane back to the States, they're obsolete.” Economy wise, it wasn't feasible. We got them and taxied around before destroying them. We all cried.

After eight months on Ii Shima, we came back to Seattle. We had turkey, steak, ham and sausage-two plates full of stuff. It disturbed a lot of us to be served this meal by healthy looking German prisoners of war. After being stuck out there on those islands, we resented the good life they had here. We got to Fort Sam Houston in San Antonio to be discharged and find out they lost our discharge papers. There were five of us who had to wait two extra days to get out. Finally I arrived home on August 15, 1945.

Present Location: Carrollton, Texas. I am now a resident of the Atria (Assisted Living), Carrollton. 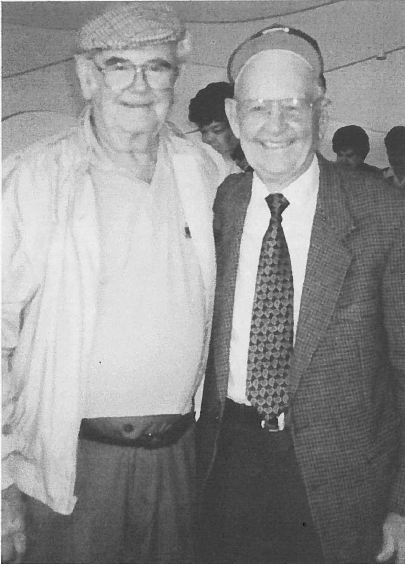