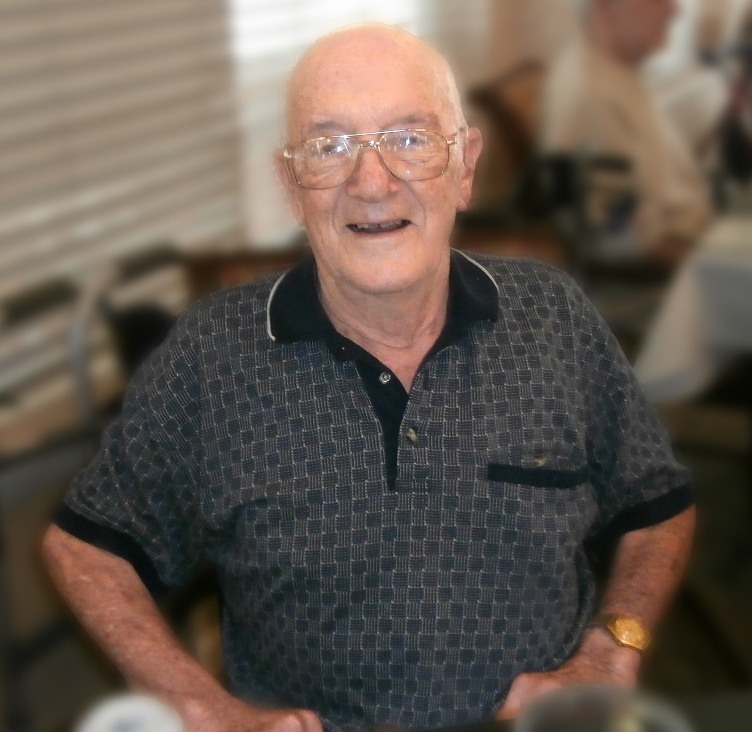 Personal History: Graduated from Erie Technical High School; After graduating from High School I landed a great job working for Windsor Electrical Company in Erie, Pennsylvania. I also flew an aircraft before going into the service. Married; 3 children (David, Michael and Candice).

Service History (Stateside & Abroad): I came from a military family. My father and brothers were in the Air Force. I was sworn into the Air Force by my dad at the VFW Post, in Erie, Pennsylvania, 1942. I spent 30 years in the Air Force. I took basic training in Florida and Hicks Field, north of Fort Worth, Texas; later at Lackland Air Force Base in San Antonio, Texas in pilot basic and advanced training. I also went to Abilene, Texas for training on the Atlas Missiles. I flew 20,000 hours. I was an instructor at Goodfellow Field, in San Angelo, Texas.

Thereafter, I was overseas in England with the 310 Refueling Squad. From there I went to Germany flying Tanker KC 97. I did 200 missions in the Berlin Airlift. I also worked in the Supply Depot in Germany. I volunteered to go to Guam with Headquarters 7th Air Force. My family and I were stationed there until I was transferred to Vietnam. My family remained in Guam. I was the the Director of Procurement, purchasing equipment and material for the operations of the military in several locations in Vietnam, including Saigon. I did two tours of duty in Vietnam before flying on T-39 Twin Engine Jet to Japan, Korea, Hong Kong and the Philippines. My job remained the same. After completing those assignments, I was given orders to report to the Pentagon, in Washington, D.C., to work in Personnel Operations. At that time, I decided to retire. I retired from the military in 1972 and went to Big Spring, Texas, with my family. My wife was from there. I really enjoyed my stay in the military.