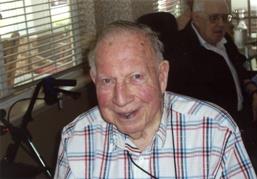 Service History, Stateside or Abroad: 1938 Basic training at Randolf Field, San Antonio, TX. I went to training school at Yale University. I became a 2nd Lieutenant before becoming a Captain. I served as an instructor at Laredo, TX, Fort Myers, FL and Denver CO. I was discharged from Laredo, TX AFB in 1941 and returned to Ardmore, OK

Present Location: Carrollton TX. I worked and resided in Dallas/Carrollton. I am now a resident of the Atria, Carrollton.
View Full Site
mangakakalot