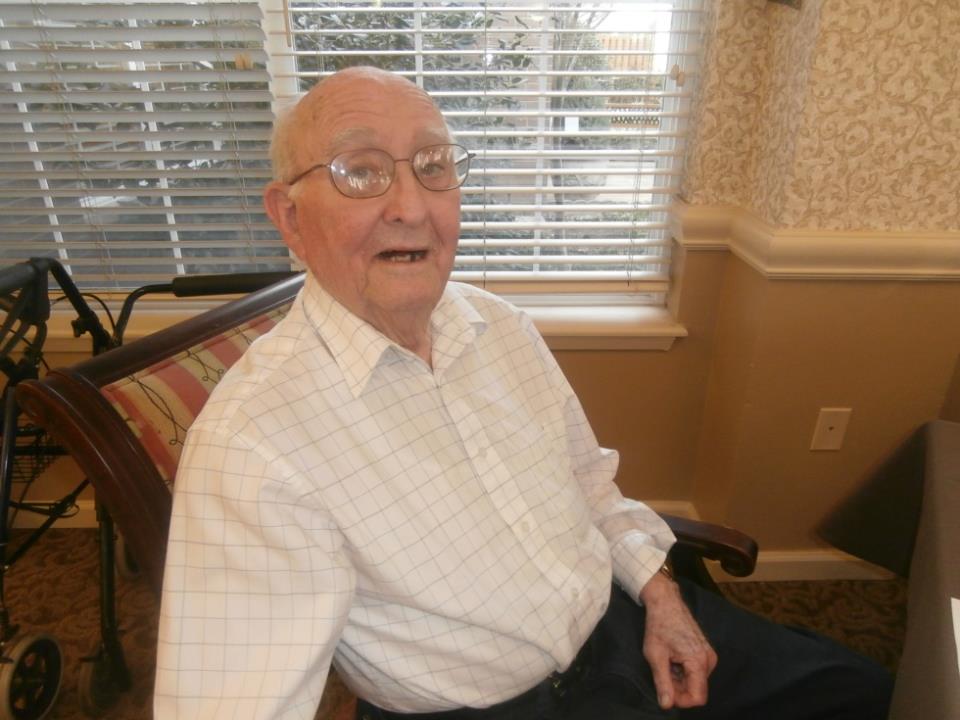 Personal History: Charles Williams graduated from Wichita Fallas High School. After High School Charles enrolled in Hardin Junior College and attained one year of business classes. Charles then transfered to SMU and got his BBA Degree in Business. Charles was also active in the Band and sang in his local church choir.

Service History: Charles Williams attended basic training at Shepard Fields in Wichita Falls, Texas. He later transfered to Jefferson Barracks in St. Louis, Missouri and Camp Shanks, New York. Charles arrived in England on October 12, 1943 and trained in Northern Ireland for training on the B-17 and B-24. After training in Norther Ireland he returned to England to prepare for going to France. He stayed in France for 17 days and later went to Germany. The war ended and Charles was discharged on November 20, 1945. He then returned to his home town of Wichita Fallas, Texas, finished college and went to work for GMAC in Dallas, Texas for three years.

Present Location: Resident of the Atria, Carrollton in Carrollton, Texas