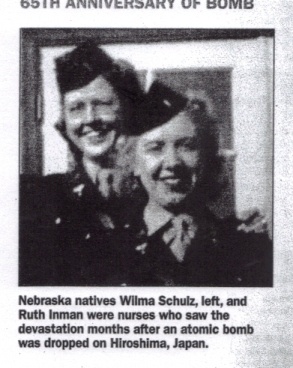 Interesting Home State History: In the early 1840’s the Platte River played an important role in the western movement of thousands of pioneers following the Oregon, California, and Morman trails. Nine forts were built to aid the travelers. The best known was Fort Kearney. The Pony Express riders followed the Platte River valley carrying mail to the west coast. William Jennings Bryan was appointed Secretary of State under President Wilson in 1913.

Personal History: Rural School 1-8; Alma High School; Two years nursing trainign at Hastings, Nebraska College; Taught school (1-8) in rural Alma for 3 years prior to going to nursing training; I worked as a Registered Nurse at Fitzsimmons Hospital specializing in TB cases. 3 brothers & 3 sisters; married; 2 daughters, 4 grandsons & 1 great grandsone. Alma was a farming town and the interesting thing that happened there was the dedication of the Harlan County Veteran Memorial on Sunday, June 28, 2009.

Service History, Stateside or Abroad: Nov 1944 – Basic training in Colorado at the US Army Base. After basic training, we were assigned to Fitzsimmons General Hospital (#312) in Denver, Colorado for advanced training, as operations room scrub nurse until Mar, 1945. In April, 1945, Army nurses from the 311, 312 and the 313 general hospitals (from Minnesota, Nebraska and Kansas; all farm states) were deployed to the 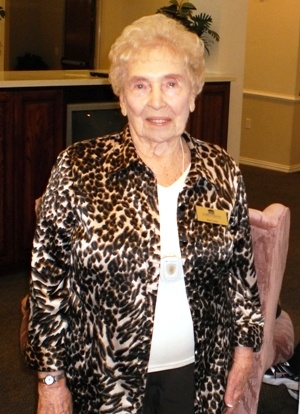 Philippines and remained there until December, 1945. In the same month, some nurses from the 311, 312, 313, were selected to go to Eta, Japan and set up hospital base camp. We were sent there anticipation of a lot of ground casualties but there was not that many; due to our military dropping bombs on Hiroshima, the area that we were close too. And later, Japan signed a peace treaty. We stayed in Eta, Japan until December, 1945. Thereafter, I returned to New Jersey where I received an Honorable discharged in February, 1946. I met my husband, Frederick Inman, while I was in the military and he was discharged at the same time. We were married and settled in Bergen Field, New Jersey for 35 years, where his family lived. There after, we both retired and moved to Carrollton, Texas in April, 1978.

Commendations & Honors: Promoted to 1st Lieutenant in April 1945 and was head nurse of the operating room. Received promotion to Captain while on final leave in Oct. 1946. Good Conduct Medal, Robbons for Japan, 1 Battle Star (Philippines)

Carrollton Connection: I have lived here for 31 years to be near my daughter and my family. 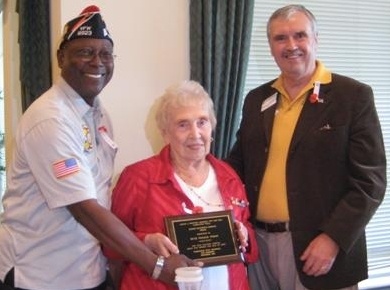