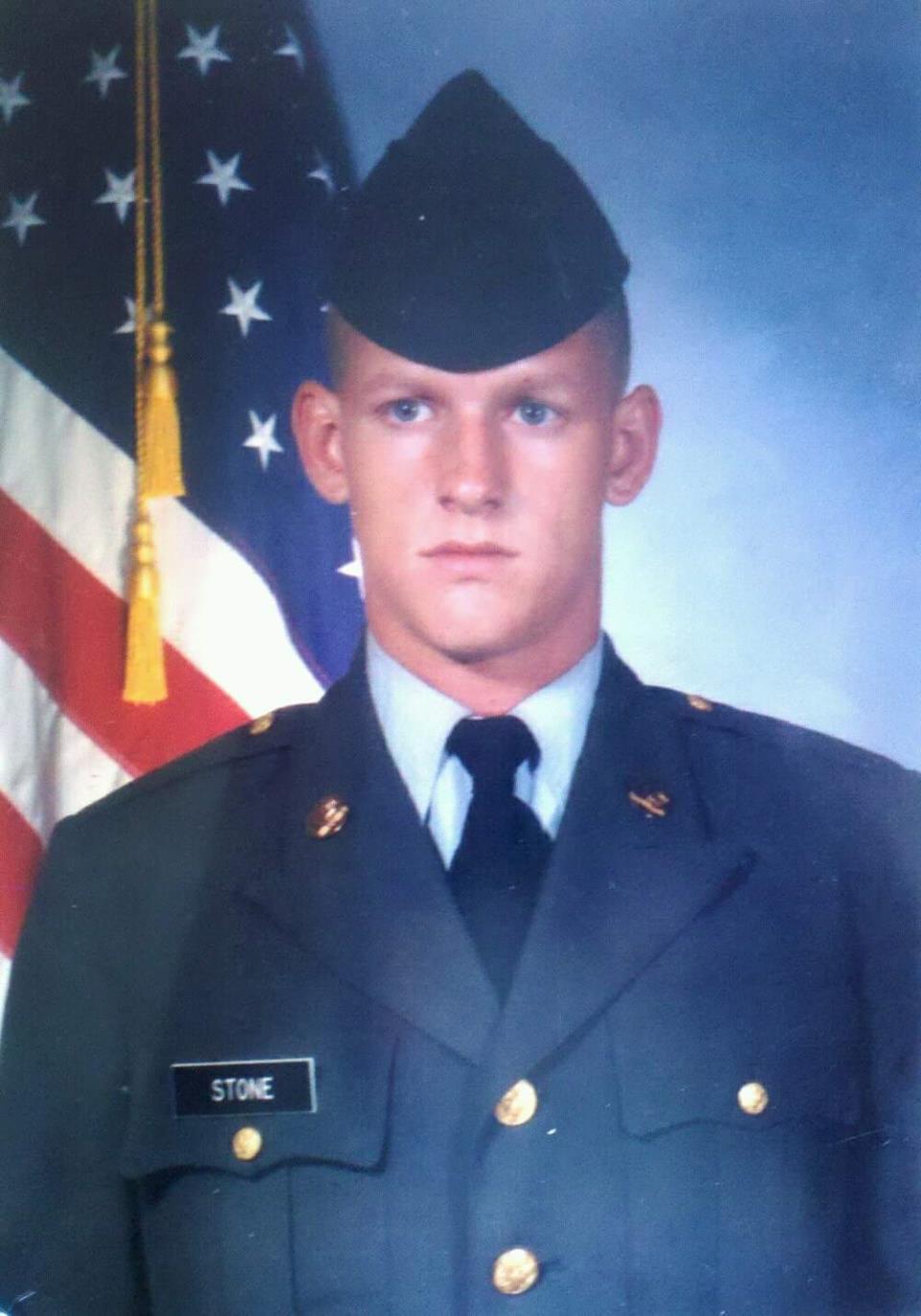 Personal History: I am the 3rd of 4 children. My father and brother are veterans of the Air Force. I grew up mostly in Rector, Arkansas and graduated from Clay County Central High School in 1988. I have a wife, 3 children, and 2 grandchildren.

Service History: I joined the Arkansas Army National Guard in April 1987, a week after I turned 17. My parents had to sign for me. I went to Basic Training at Fort Leonard Wood, Missouri in June of 1987, and the summer between my junior and senior year of high school. After graduation from high school, I went back to Fort Leonard Wood in June of 1988 for Advanced Individual Training. I served with the 875th Engineer Battalion in Rector, Arkansas from 1987 to 1997, with 3 ½ years of that on active duty with the National Guard. I enlisted into the regular Army in September 1997 as a Cannon Crewmember and attended Basic Training, again, and Advanced Individual Training at Fort Sill, Oklahoma. At 27 yrs. old going through Basic Training, I was already the ‘old guy’. I was older than the majority of my Drill Instructors. I was stationed at Fort Sill, Oklahoma upon completion of training. I was with the 214th Field Artillery Brigade from December 1997 to July 2000. Working at Brigade Headquarters in Operations, I got to travel to various locations for exercises, including 6 weeks in Grafenwoer, Germany.
In July 2000, after retraining as a Fire Direction Specialist for Multiple Launch Rocket Systems, I was reassigned to Fort Hood, Texas. We received deployment orders to Iraq in early 2003. I was based in Taji, Iraq from April 2003 to Mar 2004. Our initial mission was to provide rocket artillery support; however, that wasn’t what was needed most. We ended up conducting vehicle and foot patrols through several local villages and conducting check points on the main highway between Baghdad and Tikrit. Upon redeployment back to Fort Hood, I was reassigned to the U.S. Army Recruiting Command in Mt. Pleasant, Michigan. I returned to Fort Hood in March 2007. In April 2008, I got to take one more trip to Iraq. This time, at Camp Bucca, in the south near Basrah, Iraq. Camp Bucca was an insurgent prison camp. We saw to the welfare and security of suspected insurgent detainees and convicted insurgents. I redeployed back to Fort Hood, Texas in April 2009. I was reassigned to Camp Casey, Korea in October 2011 where I served as the Training NCO for our Battery. I was stationed to Fort Sill, Oklahoma in September 2012, where I stayed until my retirement in February 2014.

Carrollton Connection: I currently work in the Engineering Department with the City of Carrollton.