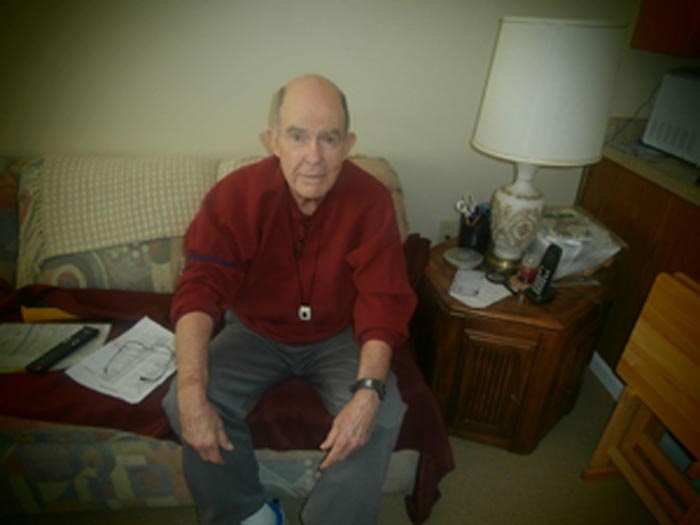 Service History,Stateside or Abroad(list dates): 1951 – 1960 (Korea)
I joined the Marines because my brother was in there and the Marines were the best. My first day as a Marine was a mass of confusion. We had to get ready for basic training and finding the necessary equipment to proceed was chaos. It was extremely physical and mental. The drill instructors were very rough and tough on us. We had three drill instructors for each platoon. My drill instructors names were Buck Sergeant, Robinson, Gunnery Sergeant, Brannon and Master Sergeant Nixon. I got thru basic training with a lot of prayers and help from my fellow Marines. After basic training, I went to Officer Candidate School at Quantico, Virginia for Infantry training. Thereafter, I went to Camp Pendleton, California for advanced Infantry training. After advanced training, I was sent to Korea with the 21st Replacement Draft aboard The General Meigs. It was the middle of June 1951 when I arrived as a replacement. It was a wet landing in Inchon, Korea. We left Inchon, Korea on a train going towards the main line of resistance. We then got trucks the rest of the way. The platoon of 63 Marines had to clear mines with a switch. No engineering equipment at all to do the job. The Air Force dropped mines all over the place and did not mark them. There were Russians and German as well as U.S. Mines. Our mines that were marked were easy to clear. Besides clearing the mines, we had our rifle platoon patrolling and setting up ambush and manning the outpost. Korean War, the part that I was in was a trench-warfare. I was discharged and resigned my commission in June, 1960. I like the military and enjoyed my service to my country. After the war I went to Chicago on recruiting and reserved duty training for six years. After that, I got a job working for a chemical company for 11 years and changed jobs again. I had a lot fun working at my last job. I retired at the age of 67. But prior to retirement, I invented a new way to clean cannon tubes by using a plastic cone that set on the back of the bore brush. This would allow the bore brush to be pulled by and scrub. It saved the military thousands and thousands of dollars.

Present Location: Carrollton, Texas . I went from Chicago, St. Louis, Missouri, Dallas (Farmers Branch and then Carrollton). All my children live in the Dallas area. I am now a resident of the Atria, Carrollton (Assisted Living).
View Full Site