Departed from: Portland, Oregon on Nov. 11, 1942 to Calif. for training in the Navy V-5 aviation program.

Service History, Stateside or Abroad: After Calif. with primary flight training, went to Corpus Christi, Texas for final training. Flew Vultee SNVs, SNJs, and finally the twin-engined amphibian PBY. Commisioned a 2nd Lt. in the Marine Corps on Aug. 4, 1943. Sent to Calif.·and trans-ferred to single engined dive-bomber training at El Toro Marine Corps Air Base. Was sent overseas on the "Jeep" aircraft carrier USS Steamer Bay. Arrived at Majuro Atoll in the Marshall Islands in the central Pacific.    Flew bomb missions on the Japanese Islands of Mille, Jaluit, Wotje, and Maloelap, flying the Douglas Dauntless SBD dive bomber, and the Curtis SB2C dive bomber, and finally the Vought-Sikorsky F4U fighter-bomber. Was shot down by anti-aircraft missiles over "Yotje, and my gunner and Iwere rescued by a PBY and flown back to the base on Majuro. Only had to spend an hour on our life raft in the ocean. Lucky! Later was sent to the Naval Air Station at Corpus Christi, Texas and assigned as a flight instructor until the war ended. 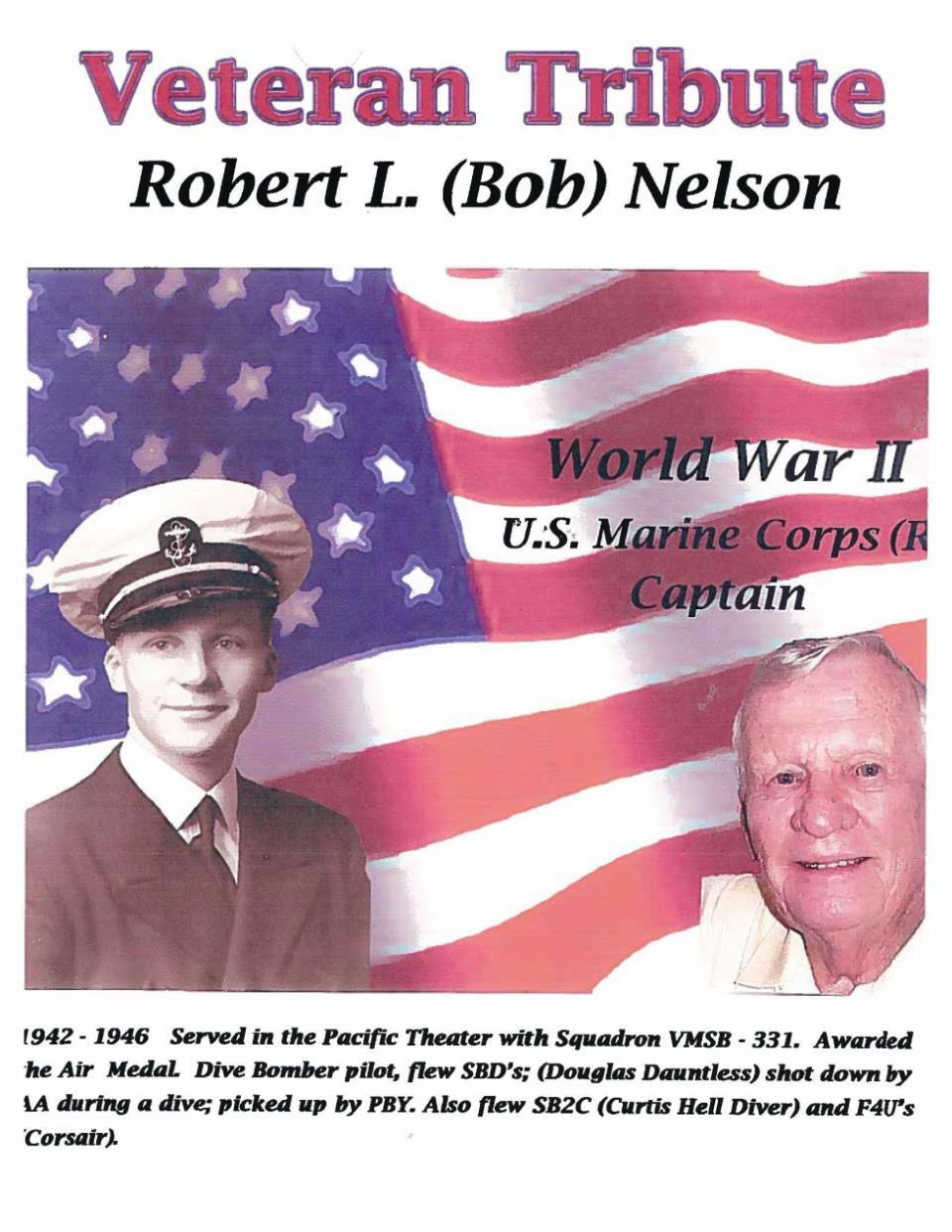