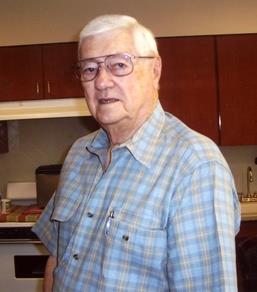 Service History, Stateside or Abroad: 1943-Basic training at the US Navy Base in San Diego, CA. Sailed overseas on the USS Mizzor in January of 1944 to the Philippines Islands. After arrival, we unloaded military material to various places on the island (including the Philipines). These operations were done at night. I enjoyed being in the Navy. We had some good times and some bad times. We were attacked by several submarines which we could outrun. There were several air raids while we were anchored at Manila. Some of the cargo ships were hit and destroyed, but we were safe. We were attacked from the air three or four times. We lost some good people that were buried at sea. The good times I spent was taking some time off from the war to visit Guam, all the Philippines islands and other places I can’t remember. I was discharged in 1946 and returned to Wichita Falls, TX.

Present Location: Carrollton TX. I am now a resident of the Atria, Carrollton.
View Full Site